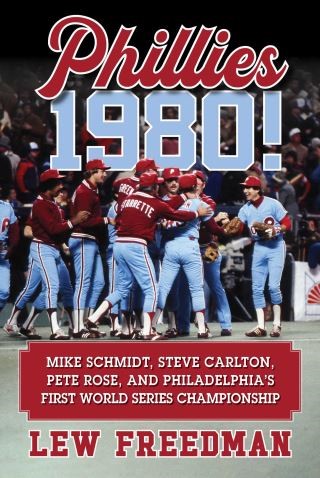 The road was rocky and the suspense intense as a make-or-break 1980 baseball season unfolded for the Philadelphia Phillies under a new, often-unpopular manager who sought to shape a collection of All-Star talent into champions.

Although the Phillies had risen to prominence and relevance in the late 1970s, they could not get past the National League Championship Series. Management was tempted to blow up the team. Wooing Rose as a free agent to add spirit, as well as a clutch bat, and the promotion of the reluctant Green from the farm system in place of well-liked Danny Ozark, helped change the dynamics of the team.

The risky strategy led to some internal discord and relentless challenges from Green, but after months of seeming slow to emerge as a team prepared to grab a championship, the Phillies clutch ballplaying through the end of September to qualify for the playoffs, and then played inspired baseball when most needed in October.

Some forty years later, that Phillies group is especially prized for the breakthrough in a near-century-long wait for a title for a club that began play in 1883. Only once since then have the Phillies claimed another crown.

The mix of superstars, with the major influence of such players as Bob Boone, Larry Bowa, Greg Luzinski, Lonnie Smith, Manny Trillo, Garry Maddox, and Bake McBride helped take the Phillies on a months-long-ride, culminating in the glory they and their fans both hungered for for so long.

Lew Freedman: Lew Freedman is the author of nearly sixty books on sports, including Clouds over the Goalpost, The Original Six, and A Summer to Remember, and is the winner of more than 250 journalism awards. A veteran sportswriter, Freedman was formerly a staff writer for the Chicago Tribune and Philadelphia Inquirer, as well as other papers, and lives in Columbus, Indiana.