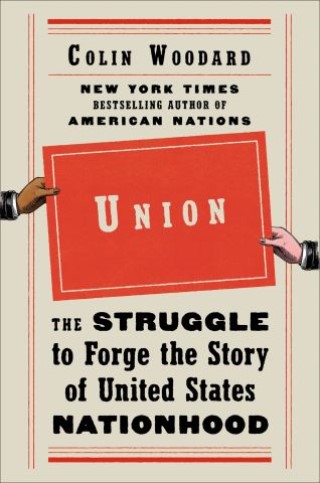 The Struggle to Forge the Story of United States Nationhood

Union tells the story of the struggle to create a national myth for the United States, one that could hold its rival regional cultures together and forge, for the first time, an American nationhood. It tells the dramatic tale of how the story of our national origins, identity, and purpose was intentionally created and fought over in the nineteenth and early twentieth centuries. On one hand, a small group of individuals--historians, political leaders, and novelists--fashioned and promoted a history that attempted to transcend and erase the fundamental differences and profound tensions between the nation's regional cultures. America had a God-given mission to lead humanity toward freedom, equality, and self-government and was held together by fealty to these ideals.

This emerging nationalist story was immediately and powerfully contested by another set of intellectuals and firebrands who argued that the United States was instead an ethno-state, the homeland of the allegedly superior "Anglo-Saxon" race, upon whom Divine and Darwinian favor shined. Their vision helped create a new federation--the Confederacy--prompting the bloody Civil War. While defeated on the battlefield, their vision later managed to win the war of ideas, capturing the White House in the early twentieth century, and achieving the first consensus, pan-regional vision of U.S. nationhood in the years before the outbreak of the first World War. This narrower, more exclusive vision of America would be overthrown in mid-century, but it was never fully vanquished. Woodard tells the story of the genesis and epic confrontations between these visions of our nation's path and purpose through the lives of the key figures who created them, a cast of characters whose personal quirks and virtues, gifts and demons shaped the destiny of millions.

Colin Woodard: Colin Woodard, a New York Times bestselling author and historian, is the state and national affairs writer at the Portland Press Herald, where he received a 2012 George Polk Award and was a finalist for the 2016 Pulitzer Prize for explanatory reporting. A longtime foreign correspondent for The Christian Science Monitor and the San Francisco Chronicle, he has reported from more than fifty foreign countries and six continents. His work has appeared in The New York Times, The Washington Post, The Economist, Smithsonian,Politico, and dozens of other publications. A graduate of Tufts University and the University of Chicago, he is the author of American Nations, American Character, The Lobster Coast, The Republic of Pirates, and Ocean's End. He lives in Maine.