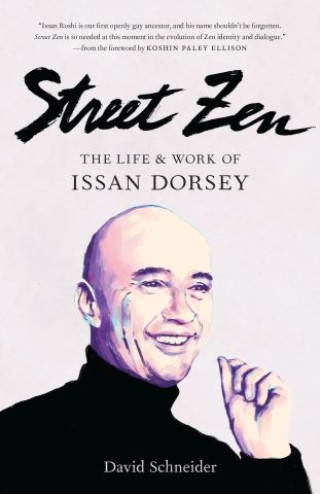 The Life and Work of Issan Dorsey

These words describe the unlikely persona of Issan Dorsey, one of the most beloved teachers to emerge in American Zen. From his early days as a gorgeous female impersonator to the LSD experiences that set him on the spiritual path, Issan's life was never conventional. In 1989, after twenty years of Zen practice, he became the Founding Abbot of San Francisco's Hartford Street Zen Center, where he established Maitri Hospice for AIDS patients. Featuring Bernie Glassman's foreword to the second edition, as well as a new foreword by Koshin Paley Ellison, Street Zen paints a vivid portrait of a teacher whose creativity, honesty, joy, and compassion awakened new possibilities for American Buddhism.

David Schneider: TENSHO DAVID SCHNEIDER began Zen practice in 1970 and was ordained as a Zen priest in 1977. He held the position of acharya (senior teacher) in the Shambhala International community from 1996 to 2019. He is coeditor with Kazuaki Tanahashi of Essential Zen, and author of Crowded by Beauty: The Life and Zen of Poet Philip Whalen. He lives in Cologne, Germany.