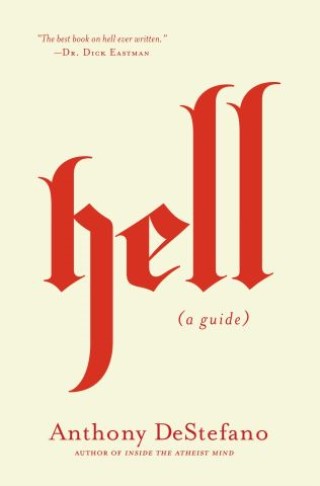 Anthony DeStefano, the bestselling author of A Travel Guide to Heaven, takes us on an exploration of hell, the devil, demons, and evil itself. Written with clarity, logic, and vivid storytelling, Hell: A Guide takes up questions such as:

Rooted in solid, orthodox Christian scholarship, this one-of-a-kind book investigates everything there is to know about one of the most fascinating, yet often misunderstood, subjects of all time.

Anthony DeStefano is the bestselling author of A Travel Guide to Heaven, Ten Prayers God Always Says Yes To, and Inside the Atheist Mind, as well as many award-winning children's books. He has appeared on numerous national television and radio programs, including Fox's America's Newsroom, Fox and Friends, Huckabee, The 700 Club, Focus on the Family Radio, and Janet Parshall's In the Market.