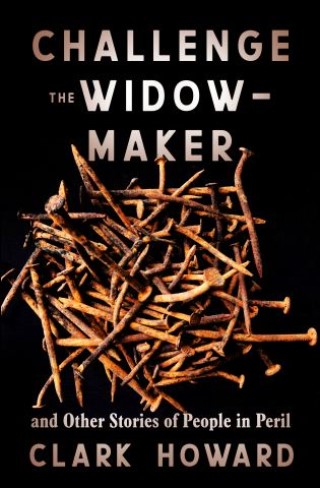 And Other Stories of People in Peril

A collection of short fiction, including an Edgar Award–nominated story, about hard-luck characters and the human instinct to survive.

A survivor of Little Bighorn faces down the resulting trauma in the decades following the bloody battle. An old man who has lost his late wife’s cat joins forces with an unlikely partner to rescue abused animals. An ex–racecar driver contends with criminals in the midst of the famous Dakar Rally. Challenge the Widow-Maker is a collection of short stories about ordinary people facing extraordinary problems—and fighting back even when life has beaten them down.

The title story took second place at Ellery Queen Mystery Magazine’s annual Readers Awards (another story by author Clark Howard won the top spot that year), and was nominated for an Edgar Award. Featuring characters who experience “one more chance at the brass ring: the gift of surviving another day,” this absorbing collection comes from an author whose work has appeared in The Best American Mystery Stories and other anthologies, and earned numerous honors from crime fiction critics and fans (Kirkus Reviews).

Clark Howard:
Clark Howard (1932-2016) Born in Ripley, Tennessee, Howard was one of the most honored mystery writers in America and was a longtime favorite of readers of Ellery Queen Mystery Magazine, Alfred Hitchcock Mystery Magazine, and numerous other publications. A professional writer for over 40 years, he wrote sixteen novels, six books of non-fiction, and published two collections of short stories, in addition to more than 200 uncollected short stories. Howard was honored with the Edgar Allan Poe award for best short story of 1981 from the Mystery Writers of America. In 2009, Howard won the Edward D. Hoch Memorial Golden Derringer Award for Lifetime Achievement from the Short Fiction Mystery Society.​