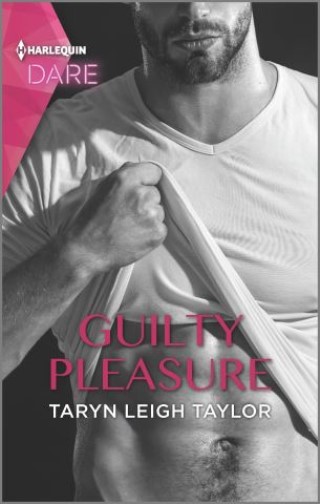 Taryn Leigh Taylor brings The Business of Pleasure series to a steamy conclusion in this scandalous tale of old flames reunited. She can’t resist him…but can he forgive her painful betrayal?

After Wes Brennan is arrested for a crime he didn’t commit, he’s rescued by hotshot lawyer Vivienne Grant: the woman whose heart he broke years ago. His bail conditions dictate he stays with his gorgeous ex while she proves his innocence. In close proximity for hours on end, the pair soon forgive old betrayals—and reawaken old desires.

Though he’s hurt to discover Vivienne’s illicit involvement in a spyware scheme led to his arrest, Wes is determined to give their relationship another go. But suddenly, the charges against him are mysteriously dropped and the prosecution announces a new prime suspect: Vivienne.

Wes knows Vivienne’s confession to him could land her behind bars…unless he can’t testify, that is. He proposes a convenient marriage to save her career and buy them time to investigate—the racy honeymoon getaway is a thrilling bonus. But the past is still clouded with secrets and Wes knows Vivienne’s holding back something huge. When the truth is revealed, will their reignited passion finally burn out?

Taryn Leigh Taylor: Taryn Leigh Taylor likes dinosaurs, bridges and space, both personal and of the final-frontier variety. She shamelessly indulges in cliches, most notably her Starbucks addiction, her shoe hoard and her penchant for falling in lust with fictional men with great abs. She also really loves books, which is what sent her down the crazy path of writing one in the first place. For more on Taryn, check out tarynleightaylor.com, facebook.com/tarynltaylor1 and twitter.com/tarynltaylor.